Posted on by Stuart 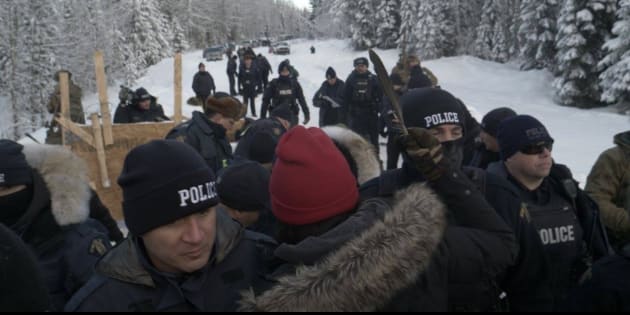 Jesse Freeston is a Canadian journalist and filmmaker. His work focuses primarily on social movements in North and Central America, he video journalism is found on the The Real News Network, his work can also be found on jessefreeston.com

Host Sylvia Richardson speaks to Jesse about the recent military style attack and removal of The Wet’suwet’en people from their territory by RCMP, they have
have never signed treaties with Canada or sold their lands, a fact confirmed by Canada’s Supreme Court in 1997 in a landmark case known as Delgamuukw.

They talk about the blockade to block trans mountain from building a pipeline that would fuel the process known as fracking, what this means for Canada and what it means for our Prime Minister whom speaks the language of reconciliation yet his actions show the status quo towards first nations rights.